I'd be lying if I said I wasn't a wee bit worried that we would be able to pull off last night's NYC...Live in Roanoke! event. Having been around musicians most of my life I know they could sometimes be, ummmm, undependable. So as we got closer to the date and I heard reports that this one wouldn't be coming, and that one couldn't make it, I thought, what happens if no one shows up?!

Well, last night my fears were put to rest. Not only did musicians "show up" but they put on a phenomenal show to a packed, standing room only house. Now keep in mind many of these musicians, probably never heard of, or were even born when the songs I requested were written. But that didn't matter. They got it, and they brought it.

The highlight of the evening for me, besides having a positive response to two videos I produced back in the day, and hearing the audience sing along to "New York, New York" during a video my daughter produced, was when someone came up to me after the show and said, "Who are these bands, and where did you find them? I never heard of them before and had no idea Roanoke had such talent!"

Mission accomplished. My goal was not just to highlight Fractured Facade but to highlight other independent artists, and expose them to a wider audience than what they might normally attract. After hearing them last night, I know I'll be going to their shows, and I hope others who had no idea they "existed" will also.

So without further adieu, here was the rundown... 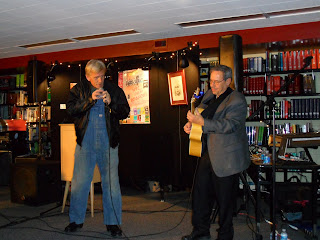 Daniel Francis Gardner & Mark Beskind. I think Daniel was relieved when I didn't hold him to sing Sid Vicious' version of "My Way!" 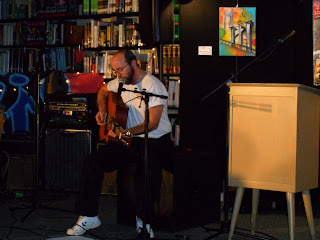 Ron Bergeron, putting down the video camera & singing Johnny Thunders' "You Can't Put Your Arms Around a Memory" 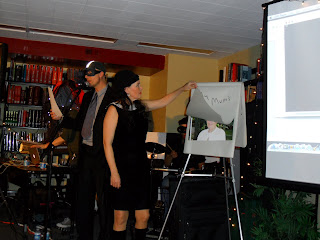 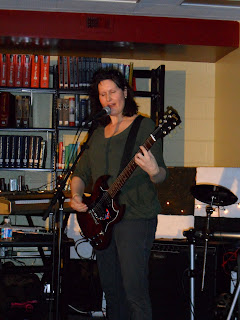 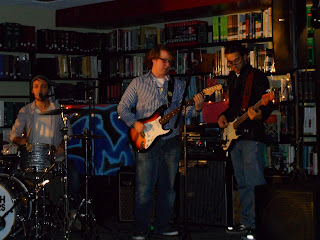 Savannah Shoulders gave me chills when they performed Television's "See No Evil." They should add it to their repertoire! A big thank you for allowing the other musicians to use their equipment as well. 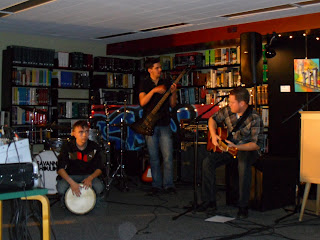 Madrone performed Talking Heads' "Psycho Killer" and "Walk on the Wild Side" by Lou Reed. Now I know why my daughter goes to all their shows. 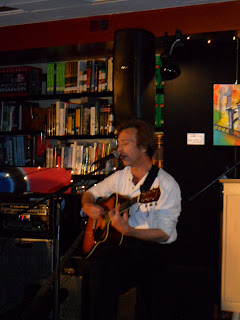 Keith Bowniece performing Iggy Pop's "Lust for Life." I was a little skeptical at first about an acoustic version, but when Keith's voice rang out, I was hooked. 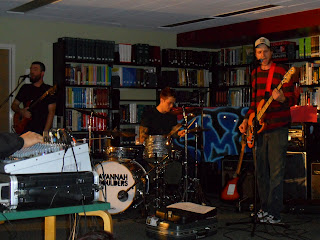 HeeveHaVa performed two Ramone songs which is equal to one-half of a "normal" song...they nailed "Sniff Some Glue" and "Havana Affair."

I want to personally thank each and every one for sharing their talents. It takes a lot to impress a New Yorker and they did. Thank you to the sound guy as well! By the way, the artists' work will be on display at the library until the New Year, so check it out. There's some great stuff.

I especially want to thank the audience for being so receptive and positive, and River Laker for bringing out the best of Roanoke.
Posted by Elena DeRosa at 11:06 AM