Recently we had to head up to Brooklyn to attend a birthday party and a funeral. On the way up we decided we would stop at Harpers Ferry National Park in West Virginia. 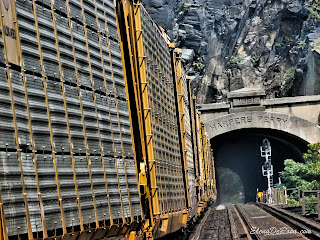 I knew the story of Harpers Ferry and Jim Brown, 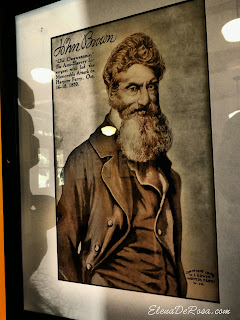 but didn't know much about the national park. I figured we could check it out as part of research for my book, and then spend the night in Charles Town, doo dah, doo dah, and check out the racing track and casino. I wish we had gotten to Harpers Ferry earlier because it blew me away. 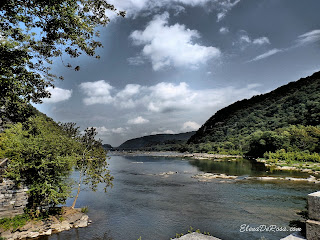 What a gorgeous national park. It has a bit of everything...it's really a step into the past amongst a scenic natural setting. We had lunch as this quaint restaurant which was not part of the park, but it was in the park on High Street. I think it was the Coach House. Very pretty, and the food was excellent too. 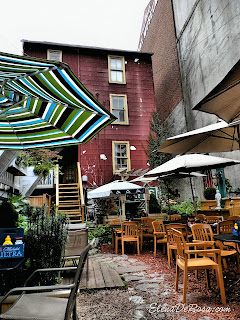 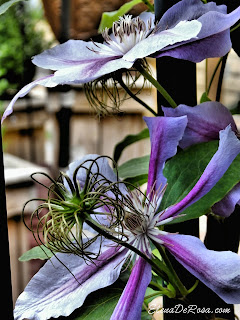 Unfortunately the pictures I took inside the museums did not come out too well so the rest of these are just outdoor shots. If you look on the face of this cliff you will see a faded sign on the mountain. 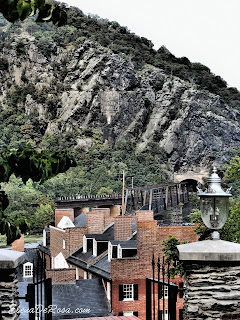 This is the walking bridge underneath it. 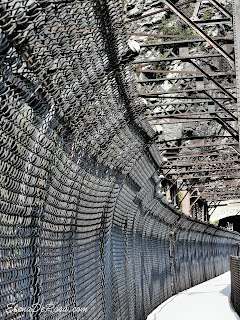 I had seen a bird which I think is a heron in the river and wanted to get a closer shot. Once I looked down, I began to get a little dizzy and felt like I needed to get the heck off of it, but not before I got a pic.... 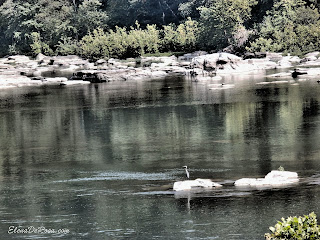 When my husband told me not to look down, but up instead, I thought I saw something through the fence on the cliff... 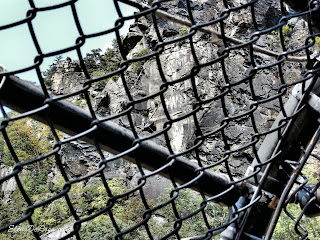 When I zoomed in I saw two climbers... 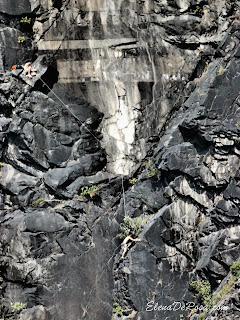 And this guy is barefoot! 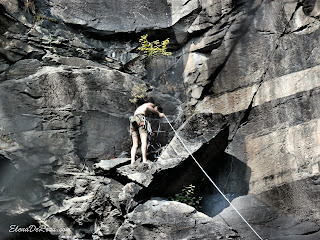 I climbed a bunch of stairs to the church and was disappointed to find out it was closed. 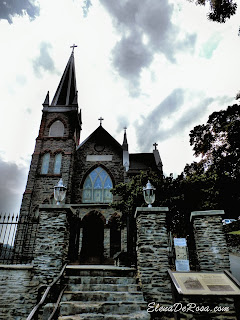 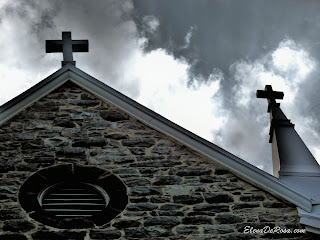 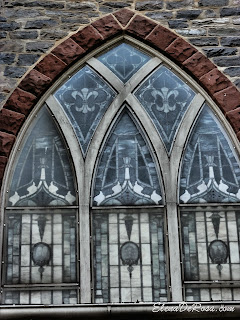 They were having a ghost tour later that evening and I wished we had gone to that instead of the lousy casino! I could have spent another day in Harpers Ferry, I would have liked to see the actual city,  but responsibilities prevented that. The park closes at 5:00pm so make sure to get there bright and early. Wear walking shoes, bring a camera, and take bottled water with you too. It's the best $10 you'll spend!
Posted by Elena DeRosa at 5:52 PM 2 comments:

On Sunday we drove to Elliston to check out an 18th century encampment. I was thrilled I stumbled upon the event via a tiny blurb in the Salem Times, which I never read, but happened to read while at the library on Friday. The book I'm working on begins with early settlers emigrating from England. I've been having a hard time with this era because there's just not as much written about it as there is about the Civil War. I had hoped one of the re-enactors could shed light on The Great Road. From what I've read there seems to be two, maybe more "Great Roads;" one north to south from Pennsylvania through the Appalachians, and the other west to east from Virginia's coast to the Blue Ridge Mountains. Unfortunately, I never found an answer regarding The Great Roads, but I did learn other things. Here are some pics... 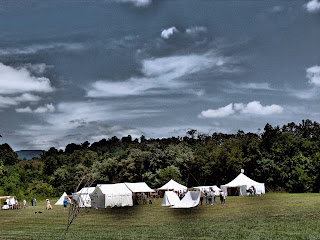 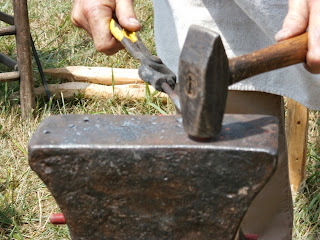 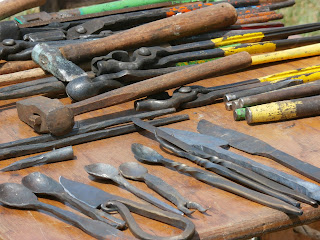 The following photos are the backdrop of East Montgomery Park. The mountains and beauty of Southwest Virginia,  still fill me with awe. Even though wires, towers, or poles and splattered throughout them, it's easy to look beyond them and imagine a time when they were gazed upon the first time by settlers. I remember the feeling this first time NYC pioneer did 19 years ago...simply stunning. How lucky I am to live amongst such beauty... 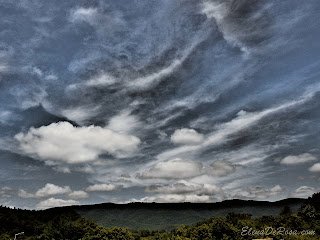 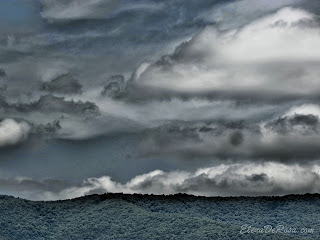 When I zoomed in all the way I discovered there was a house hidden in the mountain. Now, this is what I would call the perfect writer's retreat... 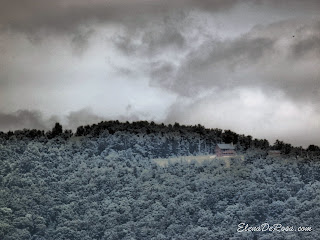