I made a couple of mistakes. I fell for one of the biggest scams there is, the free trial, only pay shipping cost one. I believed all the reviews. I bought something off of Facebook. I used a debit card. And probably the biggest mistake was I should have done my homework before clicking buy now! If I had I would have seen that I am not the only one who was scammed by this crappy face cream.

In early January I kept seeing ads pop up on my Facebook feed for a face cream called Sunday Nu which is touted as being a daytime ageless moisturizer. The reviews were all rave ones and the ad promised it was free, I only had to pay $7.00 for shipping. I figured I'll take a chance for seven bucks. I received the product a couple of days later. 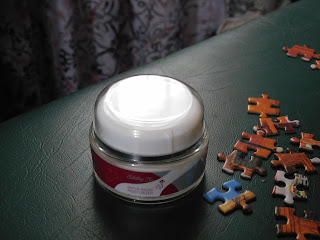 First thing I noticed was the false bottom in the jar. The jar itself is the same size as Oil of Olay daily renewal cream but has half the amount of product, 1 ounce Sunday Nu vs. 2 ounces of Oil of Olay. Honestly when I ordered it I didn't check the amount. Mistake. I wasn't impressed with the fragrance or feel of the cream but I figured I'd give a go.

I used it for a week straight before running out of the product. Not only did I not see any improvement, but it had irritated my skin. Ponds cream from the Dollar Store is better. I thought oh well, that's that. Good thing I only wasted 7 bucks. So it came as a surprise when two weeks later I received an email from Sunday Nu telling me my order had shipped. What order? I didn't order anything else. So it dawned on me I better check my bank card. And that's when I saw not only the original $7.00 fee, but a week later an additional $72.99 then the next week another $79.99! I immediately sent an email to the company telling them I did not order any additional product and that the first order should have been only $7.00! I never received a response so I went down to my bank.

I informed them of what was happening and they said they would open an investigation. I asked if they could stop any future charges from them and they said the only way to do that was to cancel the card which I did. I received a call the next from the bank saying Sunday Nu informed them I had signed authorization to receive the product. I know I never signed anything. The bank credited me back the amount while they continued to investigate.

I had opened this bank account primarily for a reason like this, in case I got scammed. I thought I would use this debit card for my recurring monthly charges, and once in a while to order things online but not keep a lot of money on it. I did not realize the difference between using a debit vs credit card online which I do now. You are more protected when you use a credit card. Because cut to yesterday when I saw my bank account dropped another $153.00 with Debit Provision Credit listed as the charge. When I called the bank I was told Sunday Nu had provided information showing that in their fine print on their website is not only an auto ship policy, but if you don't return the cream within a couple of days you get billed the entire price. So much for free, shipping only! I guarantee you I did not see that anywhere, so I don't even believe it's on their website. But whatever they showed my bank was enough for the bank to give them back my money.

This company is a scam. I will be filing a better business report complaint. I just discovered there's even a FaceBook Group now called SundayNu scammers. According to that page it looks like they go under a couple of names.

So lessons learned: Never order anything off of Facebook. Reviews are most likely bogus. Free is not free. Free trial means if you use a product and don't return it you will be charged full price. Read the fine print, however in a case like this, there was no fine print so I don't have an answer for that. Auto shipping can happen without your consent. Check you debit card balances daily. Use a credit card instead of a debit card when ordering on-line as you have more protection.