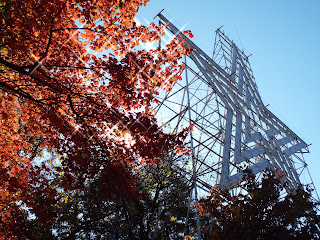 Nary a day goes by without me seeing a post somewhere on the internet, a text on my phone, or a phone call from someone asking what the heck is going on in Virginia. I'm assuming they're reading about the same head-scratching laws coming out of Richmond that I am. I briefly touched on some of the news in my last blog post, Virginia is for Tyrants. Since it’s been a couple of weeks, and we’ve reached the crossover deadline, I thought it would be good to once again check in on the state of Virginia’s mind…one word…loony!

For those who don’t know, like I didn’t, Crossover Day is the final day each chamber in Virginia can take action on their own final bills. As you know by now, both House and Senate are ruled by the Democrats. Although the refrain is elections have consequences, I still blame the Republican GOP for that scenario as you can’t vote on a candidate if there isn’t a candidate to vote on. And what we're seeing is the destruction of the state when one power rules it and tries to throw enough crap against the wall, only this time a lot of it is sticking. No use crying over rancid milk, so let’s get back to Crossover Day. Once that happens, sans budget bills, the House and Senate can only vote on bills that the other chamber has already passed. So let’s look at some of them…

There was a big hullabaloo when it came to light after Delegate Chris Hurst was stopped and released after blowing past the alcohol limit one should not have while driving, (skating past a DUI that would cost the average Virginian thousands of dollars,) that while in session the General Assembly are granted immunity from being arrested. That little known constitutional amendment is said to hail from the early days when delegates had to travel far and wide to get to the capitol and sometimes some unsavory characters would arrest and charge a delegate simply to keep them from arriving to the floor to vote.Those days are long gone, however Mr. Hurst did claim that the reason he was wobbly when he was stopped was because he had developed sciatica from having to drive back and forth from Blacksburg to Richmond. Hmmmm. I have sciatica too but my doctor never told me I got it from driving. Makes one wonder if we can expect a disability claim if/when Mr. Hurst leaves the House of Delegates. Anyhow, after the public’s outcry that delegates should not get any “special treatment,” on January 30, SJ87 regarding changing the immunity was introduced. On February 7 it was Passed by indefinitely by Rules of Voice vote. Passed by indefinitely does not mean it was passed. It means it was passed by like a stale doughnut at a cheap motel's free breakfast counter. Since nothing happened by Crossover Day, SJ87 bill is essentially dead. Did you have any doubt? That bill, along with any bill that would call for term limits will never happen. No way are they going to vote themselves out of a jail cell or a job. So the only way is for the citizens of Virginia to vote them out. Again I will say the only way we can vote someone out is to have someone run against them. Hey VAGOP that means get off your freaking ass and find decent candidates! Or VADNC get some moderate folks to run that aren't so far left they tip over!

Virginia’s passing of gun control laws have by far gotten the most press and pushback. Doesn’t matter how much protesting occurs, Virginia has already passed 7 gun control laws which many believe is due to Michael Bloomberg’s opening his wallet to the tune of $2.5 million. He himself claims it at a rally he held in Richmond on February 15th as he tries to buy his way into the Oval Office. At that rally he was heckled as a fascist. Oh, if you think Virginia is going in a downward spiral, you ain’t seen nothing yet if Mr. Nanny State, destroyer of the Big Gulp, becomes president. But I digress. Back to the guns. I will admit I’m not the best person to speak about all the gun laws as, other than the potential of pissing someone off so much they red flag me, it's not my thing. Frankly, I just want to be able to protect my family and don’t want the government telling me I can’t. I also do not want them making me register guns as that's the first step needed for the government to confiscate them. It's basically handing them a list of where to go first. I’m sure there are many other blogs and sites out there that you can learn more about the specific laws better suited than what I can tell you about, such as the VCDL. As you can see from their page, between the over 22,000 protesters and all the 2nd Amendment sanctuary cities formed, many Virginians are “up in arms” about what’s going on in Richmond. I imagine the same outrage at the destruction of the 2nd Amendment will follow nationwide if Bloomberg winds up in the White House. Mini Mike has said proudly he is coming for your guns.

Onto to driver’s licenses. If you have been to DMV to get your Real ID driver’s license which will be needed if you plan to fly anywhere, or visit some federal sites, you know how difficult it is to obtain…original raised seal birth certificates, social security cards, marriage licenses, divorce papers, name change papers, w2’s, income tax returns, utility bills, blah blah blah needed to prove who you are even though you have your picture driver’s license already. Well, if you’re undocumented illegal alien in Virginia you should sail right through getting a driver’s license since SB34 and HB1211 have passed. The problem with this passing is not so much that someone will have a license to drive, hopefully they will have to undergo driving school and pass a permit test like the rest of us who have had to. Hmmm, will they? I don’t know. From what I've seen they also do not have to show as much verification as the legal citizens have to. The other problem is that it's a privilege given to someone who is illegal, not just an immigrant, but an illegal one. Oh, and let's not forget the perception is that this form of id can lead to voter fraud. Illegals are not supposed to vote in our elections, but do they? If they do, I’d wager it would be for democrats.

Speaking of wagering. Virginia has decided to join the 21st century by passing regulations allowing casino gambling via SB36 and HB4. Richmond, Norfolk, Danville, Bristol and Portsmouth would have to pass a voter referendum to see if their residents approve. If done correctly as a destination which offers more than casinos, these cities could have a major economic boom and attract gamblers away from North Carolina, Tennessee, Maryland, Pennsylvania and New Jersey. If done incorrectly, it could wind up like the side streets of Atlantic City have…run down and crime ridden. The small Rosie's Gaming Emporium in Vinton brought in more than $350,000 in its tax revenue in its first five months. I always thought Explore Park in Roanoke County would have made a great destination for a casino complex, but they opted for the pod cabins, Yurt rentals, and RV site rentals instead. Since everything I like in Roanoke usually fails, as no one else likes what I like, and the crap they love goes on forever, it’s probably for the best they kept the park a park.

Confederate monuments mean little to this Yankee transplant so I really couldn’t care less what they do with them. However, I don’t think one can erase history and pretend it didn’t exist by rewriting it with the removal of said monuments which was passed via SB183 and HB1537, allowing localities to remove them if they choose to do so. I hear the words heritage and racism when people refer to them. Both sides are quite passionate. I can also see both sides, so if a locality does decide to remove a confederate statue one would hope it would wind up in a museum where it’s not destroyed. It is a form of art after all.

Oh art. Let’s talk about art therapy in Virginia. I had to google to make sure this wasn’t an Onion article after seeing it on Facebook. Virginia is about to require a government license because get this…glue and scissors are potentially dangerous! Yes, you read that right. Not only a license, but there is talk that one must get a Master’s degree! Are you freaking kidding me?! Apparently they’re not kidding…read all about it here! So what’s this really about? I think it’s about filling the coffers of universities and local treasurers. I mean c’mon. Do you really think glue and scissors pose a threat and a Master’s degree is needed to wield those deadly objects? What happens to volunteers who use them when they go to places like Goodwill, their children’s classes, adult centers, etc? Will volunteers no longer be allowed to cut pictures out of magazines? Will workers at Goodwill have to get a Master’s degree? Do you know how much they pay at Goodwill…barely over minimum wage. People don’t work there to get rich, well, not unless you’re the CEO or at the top of their food chain. Most of their employees do it because they want to help others and enrich their lives. By the way, Virginia pays slightly over minimum wage to someone who offers “companion services” to a disabled person who stays in their home rather than them living in a nursing home. The person who cares for them is not even allowed to get overtime pay like many other states offer. Why doesn’t the General Assembly focus on real issues like paying a decent wage for someone who is caring for disabled person, not an easy job, and for such little money, that many don’t show back up at after even one day.

Which brings us to minimum wage. It’s my understanding that Virginia has passed a $15/hour minimum wage bill to be implemented in various stages over a couple of years. I need to do some more research on it before writing about it, so will keep that subject, along with a couple of other recently tabled or passed, normal or looney, bills for the next "What the Heck is Happening in Virginia" installment.
Posted by Elena DeRosa at 8:42 AM No comments: